This gift was established by Kenneth M. Cameron and Donald G. Cameron in memory of their parents for the purchase of books relating to the theatre for the Rush Rhees Library collections.

In the words of Chancellor W. Allen Wallis, "Chester Carlson was a physicist, lawyer, inventor, and humanitarian; he invented an electrostatic printing process called xerography-a process that not only solved a major problem in office copying, but radically transformed the entire field of communication."

Mr. Carlson's success was rooted in devotion to hard work and an optimistic philosophy. His invention revolutionized the modern business and educational worlds. The combination of ambition, drive, dedication, knowledge, patience, and ability to work alone or without encouragement, fused into one being-Chester Carlson-scientist and humanitarian, who became the epitome of the American success story in its finest form. At the accessioning of the Carlson papers by the New York Public Library, the President of the Library said, "It is abundantly clear that the invention of xerography ranks in a trio of significant developments relating to the printed word. The first, of course, was Gutenberg's invention of the printing press, the second was Mergenthaler's invention of the linotype, and the third Carlson's invention of xerography."

Established by Mr. William Maxion, officers and members of the Board of Case-Hoyt as a fund to add to the collections in Rush Rhees Library. The Monroe County printing company is now known as St. Ives-Case Hoyt Corporation.

View items donated and purchased by the Case-Hoyt Endowed Book Fund in the 2019-2020 fiscal year.
The John B. Christopher and Marjorie Gilles Christopher Fund for Middle East History and Islamic Culture
Date Established: 1988 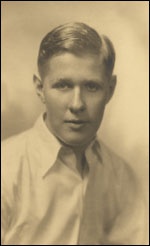 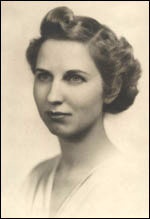 View items donated and purchased by the The John B. Christopher and Marjorie Gilles Christopher Fund for Middle East History and Islamic Culture in the 2019-2020 fiscal year.
Sherman Clarke and Jean Vance Clarke Endowment
Date Established: 1929

Mr. Clarke was the youngest son of the founder of the Democrat and Chronicle and the company's first comptroller of currency. Mr. Clarke had a passionate interest in philosophy and chemistry, traveling throughout the United States and abroad to pursue studies in his areas of interest. He was an ardent bibliophile and his collection passed to the Library after his death in 1928.

The Rowland L. Collins Book Fund was established from gifts made by family, friends, and colleagues of Professor Collins at the time of his death in 1985. Dr. Collins, Professor of English and Chair of the Department from 1972 to 1981, joined the Rochester faculty in 1967. He was an internationally known authority on Old English Literature and the Victorian era. The purpose of the Collins Book Fund is to purchase books and manuscripts relating to the Victorian period of English literature. Professor Collins' collections of George Eliot and Alfred Lord Tennyson are housed in the Department of Rare Books and Special Collections. Income from this fund is to be used to strengthen the Department's holdings in the Victorian period as a complement to the Eliot and Tennyson materials.

Alma Burner Creek was a member of the Department of Rare Books and Special Collections. A native of Phoenix, Arizona, she began her career at the Library in 1968 and remained there for 16 years. The fund was started by family and friends to support acquisitions of local history.

"As a native of Rochester, I appreciate the fact that this money is being used to purchase material related to that area. In an age when promises are broken at the drop of a hat, it is gratifying to know that the University and the Library continue to fulfill its past commitments." Leon Creek.

The fund was established by Dr. Carmen Cristo in honor of his brother, Anthony Cristao for the purchase of books in the areas of ancient and European history.

View items donated and purchased by the Anthony Cristao Endowment in the 2019-2020 fiscal year.