The Andrew Eiseman Writers Award was created as a way in which to celebrate writers who have published during the prior calendar year. Through the Award, the River Campus Libraries will increase their engagement with the literary community while strengthening its mission to support intellectual endeavor. By choosing to honor local writers, Mr. Eiseman believes that friends, family, and other members of the community will view the University libraries as a community resource. The Libraries are, indeed, the intellectual heart of the campus, but the Eiseman Writers Award helps situate the Libraries as a literary "hotspot" in the Greater Rochester area.

The Eiseman awards will be announced June, 2012, and presented at an awards ceremony.

The Andrew Eiseman Writers Award serves to enhance the River Campus Libraries and the University's relationship with the community; validates the Libraries' intellectual interests; and pays tribute to the written word in both the Rochester and the University communities.

Mr. Eiseman is a 1979 graduate of the University of Rochester.

Guidelines for the Eiseman Writers Award 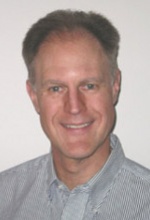 William Smith Ely, M.D. was a local physician from 1867 until his death in 1911. A significant collection of 19th century surgical materials was donated by his widow to the Edward G. Miner Library Archives in 1929.

In 1977, the Library received a $100,000 grant from the Foundation Historical Association of Auburn, New York, to improve and enlarge the William Henry Seward papers. This grant provided for the cataloging of some 4,000 Seward pamphlets, the refurbishing of the pamphlet volumes, the purchase of a camera to microfilm the Seward papers, the publication of issues of the Library Bulletin devoted to Mr. Seward, and the establishment of a fund to purchase Seward materials and materials related to Seward for the Department of Rare Books and Special Collections in Rush Rhees Library.

There were four initial donors: Mr. and Mrs. John R. Russell, Mr. and Mrs. Bernard Harkness, Mr. Charles T. Meadow, and Mr. Griffith Bowen. The purpose of the fund was to provide study areas within Rush Rhees Library for members of the Faculty. One faculty member wrote that his "study [was] not a cell in the bowels of the library but is located on the fourth floor" from which there was a view that he found "uplifting" and that was conducive to creativity.