This fund was established to purchase books for the Rush Rhees Library in the field of the "classics.

View items donated and purchased by the The Edwin O. Sage Fund in the 2019-2020 fiscal year.
The Eugene H. Satterlee Library Fund

Eugene H. Satterlee was a member of the Class of 1867 at the University of Rochester. This fund was established to support the purchase of books for the Library.

Income from the Schilling Endowed Book Fund is to be used to support the excellence of the overall collections of the University of Rochester's Rush Rhees Library with particular interests in the fields of 18th and 19th century English Literature, Comparative Literature, and Art & Art History. The Schilling Fund was initiated in 2001, the year of the death of Bernard Schilling, to pay tribute to the many contributions of Bernard and Susan Schilling to the University's Libraries and to the Friends of the Libraries. Memorial gifts in support of the Fund were made by friends, former students and colleagues of Professor Schilling after his death on February 9, 2001. In addition, proceeds from the sale of his final book The Rain of Years: Great Expectations and the World of Dickens greatly supplemented the initial gifts to the Schilling Fund. The manuscript of this work, completed just prior to Professor Schilling's death, was given to the Friends of the Libraries by the Schillings. Arrangements for its publication by the University of Rochester Press/Boydell & Brewer were made by the Libraries.

The purpose of the fund is to add to the William Henry Seward papers, letters or books associated with the life and career of William Henry Seward and his close contemporaries. Mrs. Seward's support during her lifetime allowed the library to acquire materials not only on the Secretary of State but also those of his close contemporaries, such as Thurlow Weed, members of Lincoln's Cabinet, and other figures of national or international importance. The Seward papers are a national historical resource of some significance.

In 1977, the Library received a $100,000 grant from the Foundation Historical Association of Auburn, New York, to improve and enlarge the William Henry Seward Papers. This grant provided for the cataloging of some 4,000 Seward pamphlets, the refurbishing of the pamphlet volumes, the purchase of a camera to microfilm the Seward papers, the publication of an issue of the Library Bulletin devoted to Mr. Seward, and the establishment of a fund to purchase Seward materials and materials related to Seward.

Mrs. Seward was born in Auburn, New York, and was a well-known contralto who gave many concerts in Auburn and the surrounding area. She was the widow of William H. Seward II, the grandson of Secretary of State William H. Seward, who served under presidents Lincoln and Andrew Johnson.

William H. Seward was the United States Secretary of State during the administrations of Abraham Lincoln and Andrew Johnson. Seward's collection of correspondences, legal papers, diaries, account books and manuscript records were bequeathed to the University of Rochester by his grandson, William Henry Seward III, and enriched by additional manuscripts through the auspices of the Fred L. Emerson Foundation, Inc. This great collection is critical for scholars engaged in the study of nineteenth-century American history. In 1977 the Foundation Historical Association funded this endowment for the expansion and enrichment of the Seward collection, thus adding to the depth and value of the collection for study and research. 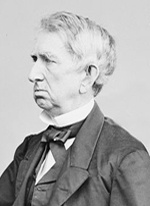 This fund is supported by distributions from the Friends of the University of Rochester Libraries.

This fund was begun with gifts from friends and colleagues of Henry Bradford Smith to honor his retirement as librarian from the River Campus Libraries. The fund is used to purchase reference books (encyclopedias, bibliographies, etc.) in the humanities and social sciences.

The purpose of this fund is for the purchase of materials in Economics and Political Science.

This fund supports a fellowship in the Department of Rare Books and Special Collections.

The Joanne Y. Stern Memorial Fund was established in 1980 as a permanent memorial to Joanne Yvette Stern, a 1976 graduate of the University of Rochester. This fund was originally created through gifts from Ms. Stern's parents, Dr. Max and Mrs. Edith (Mas 1968) Stern, as well as from other family members and friends. Over the years, the fund increased significantly in value through regular contributions made by the Stern family and friends. Gifts are often made to commemorate special occasions such as Joanne's birthday and other important family celebrations. This fund was established to support "the acquisition of books for Rush Rhees Library" and has been used to purchase works of women's literature."

This fund was established to benefit the Library's collections of materials to support the William E. Simon Graduate School of Business Management's programs. Mr. Stolze is a co-founder of RF Communications, which is known as "one of the Rochester area's most successful entrepreneurial ventures of the last half of the twentieth century." Mr. Stolze taught a course in entrepreneurship at the Graduate School of Management and maintained a special interest in new business ventures. He was president of RF Communications, Inc. from 1961 to 1968 after which he became chairman. The company was acquired by Harris Corporation in 1969, and Mr. Stolze then served as vice president of Harris Corporation.

Morgan C. Sze, husband of Agnes C. Lin Sze, established this endowment in honor of his late wife, as well as a scholarship fund for female students in her name. The Agnes C. Lin Sze Art Preservation Fund supports art preservation in the River Campus Libraries.

Morgan Sze remembers that Agnes was always interested in painting. In 1944 they spent a week on Lake George, where she painted two scenes of Silver Bay. She studied painting at Queens College with Jack Tworkov, at New York University with Irving Kriesberg, and at the Art Students League with Bruce Dorfman. Although her earliest work is realistic and figurative, the backgrounds to the figures often employ emotional coloring and anticipate her later shift into abstractionism. In her abstract paintings, she once said she liked to apply "color, one stroke at a time" and, by intuition, discover what could happen next. Agnes firmly believed that art was a celebration of life. 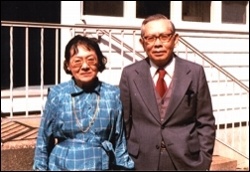